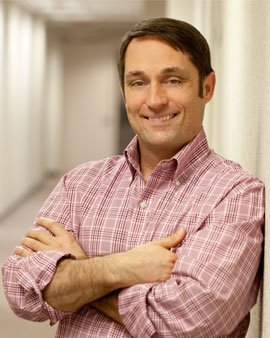 "The country doctor with a city education," that's how Dr. Michael A. Smith's many devoted fans describe him. Senior health scientist and online personality for Life Extension® — the world's leading organization dedicated to extending the healthy human life span — Dr. Smith is an author and blogger, creates and conducts webinars and appears in informational health and wellness videos. His engaging ability to present complex medical topics in a clear, conversational manner has won him a sizable following of health-conscious fans.

Also known as “Dr. Mike,” he was a recurring guest in 2012 on The Suzanne Show with Suzanne Somers on the Lifetime Network; appeared on Gem of the Caribbean, a television show dedicated to disease prevention; and is currently seen in several regional infomercials as an expert guest. He is also heard on numerous syndicated national health radio shows, and hosts Healthy Talk radio on www.RadioMD.com.

Most recently he contributed to Martha Stewart's Whole Living website as well as health articles on Examiner.com, About.com, and Expert Beacon, and has been a guest lecturer for numerous national anti-aging organizations.

"The country doctor with a city education," that's how Dr. Michael A. Smith's many devoted fans describe him. Senior health scientist and online personality for Life Extension ® .

Since 1980, Life Extension’s mission has been to help you live a healthier, longer life. As a member, you’ll get access to the latest information on health and wellness and to premium quality supplements. Find out how you can Join Life Extension absolutely free.